I waded out to check the river shoreline, making sure we had the prime stretch of river all to ourselves. The  water maneuvering around my waders was loud compared to the stillness I found on the fall morning. With no one in sight, and a small hatch already occurring, I knew the river was ready…..but was I? I gave the trees a little smirk as I knew the scene would be changing in a matter of moments- I had 7 kids and 3 mentors meeting me there from The Mayfly Project, and we were on a fish mission. You bet I was ready!

My husband pulled up with the four pre-teen boys, some of whom were recently adopted foster care kids and one boy that was one of our cousins who just scored a fly rod at a garage sale and needed an adventure. We had been practicing casting, line management, learning knots, and trying out their fly rods for a few sessions prior to this, but today was their first day at the river. This was the day that fish needed to be caught, especially for one of the boys whom had never held a fish in his hands and I knew could use a positive self-esteem boost.

Danielle Tholl and her Mentee

My other mentors, Danielle and Hailey, showed up just in time, along with my sister, Kyla, who was going to take some pictures for the day. We rigged 9 rods, tied on nymph rigs and made sure the boys were all geared. After a water safety talk and some high fives, we spread out with each fly fisher having their own mentor, guiding them towards their first big catch.  I took Brandon with me downstream to hit one of my favorite riffles, while my husband managed mentoring and watching my three kids. (He knew I had that look in my eye where I was on a mission. 😉

On our way to my spot, I taught Brandon to mend the line and showed him how he didn’t need to cast back so far (this was our first time casting with hooks, which was a bit terrifying at first). By the time we got down stream, I had untangled and re-applied tippet 4 times, but it was my love language for the day- untangling line so that they could feel that tug, to know that adventure rush that comes from fly fishing.

Brandon was ready for the prime spot. I threw on an egg pattern because I wasn’t messing around, and put an indicator a ways above it. He was patient and eager to learn. He tossed the line out and I said ‘mend it’ over and over, and then instructed him to lower his fly rod to let the line extend out dragg-free. No hits yet. Mend it, mend it, mend it. I wasn’t sure what the other kids were doing, or even what my own kids were doing (thanks, husband), all I knew was there was a fish in front of Brandon and I was going to do everything I knew possible to get it. He needed it.

“We need to get a better angle for this float so the egg floats directly under the log. I’m going to take you out into the middle of the river so just hold on to my arm,” I said. Brandon looked at me like I might be joking, and then I started walking. His grasp was strong, obviously nervous for walking in the river with waders for the first time. But once we got out there he had a huge smile. I instructed him where to float his rig and did my usual nag of ‘mend it’ or ‘lower the rod’. He made two passes by the log with nothing. I encouraged him to let out more line for the drift and mend it a couple more times. The bobber bobbed along next to the log perfectly, and as I held my breath all of a sudden, bam, it went under! Brandon naturally set the hook and the fish took off hard down stream. The bend in the rod indicated it was a monster. As I turned around t0 help him get the fish on the reel, Brandon let go of the fly line to try to reel and the fish had all the slack it needed. Once we caught the line, the fish was long gone. But what a first tug! I yelled loud upstream like I always do and kind of freaked Brandon out with how excited I was for him.

We met back up with the other crew and they had caught a nice sized cutthroat as well, but it did’t make it to the net. We drove up river to a more rural area that I knew would have some risers. The BWO hatch was out in full, along with a few caddis prancing around, so I knew we would be in luck.  (Did I mention we had changed lines, untangled lines, a re-attached lines about every 5 minutes consecutively? That night all I could think about was tying tippet on haha).

Hailey Decotto and her mentee.

I’m not sure what took everyone so long to get to the river, but I ran out there and caught a fish to get their feet moving #fishaddict. Once we knew the bwo size to use, we practiced mending and taught the boys how to cast dries again. Fish were rising all around the kids, which was exciting for them to see, but the boys were trying to cast as far as they possibly could when the fish were right next to them. I took Brandon up stream a bit and showed him how close the fish were and how easy of a cast he needed to make. He cast a few times and hit his mark right in front of us, then carefully mended his line up stream perfectly. A fish rose up and slurped his fly and he set the hook right away. This time, he held on to that float line for dear life, pulling the little trout in faster than it had ever gone in it’s life! I hooped and hollered, so ecstatic he had caught and landed his first fish!! He was addicted after that, and all the boys were fishing so hard!

We had some fun joking around too- they thought it was funny to pretend to be past the water-knee-level and one of the boys ended up tripping when he was getting up from pranking me and ended up taking a little swim…. Thankfully my husband had just built a fire and he was fished-out at that point.

Hailey and Danielle had some success with their mentees as well!

We roasted hot dogs and smores and ended up packing up the crew right as the sun was setting. This was our attempt to get a group picture…after the sugar hit! haha

Some people think it’s silly to bring that many kids to the river, but I can tell with certainty, those kids had a blast and will have a memory forever of their first fish caught on a fly rod, [with some ladies that whooped really loud].

I believe that if we take the time to speak the language of unconditional love (tying on tippet) and simply give our time to teach, it tells these kids that they are WORTH the time. They need to know that people are willing to slow down for them and that learning a new skill and finding adventure offers an experience that is way more exhilarating than striving after fulfillment from things that will always leave them empty. (I highlighted it so you know I mean business 😉

I was so thankful to have Hailey, Danielle, Kyla and Eric with me on that day for their support! And for Jennice Swank for letting her boys fish with us (and for adopting boys who needed a home). Kyla’s beautiful pictures will be in some upcoming magazines (the ones above that look good are hers lol).

I’m blessed to be a part of The Mayfly Project, working with Jess and Laura Westbrook to get this project up and running. As a team, we are so thankful for the donations from Cortland (each boy got their own fly rod/reel combo), and from North 40 for flies, and for Orvis North West Outfitters for donating waders and boots for the day (and all of the private donations)! My next goal is to find waders we can own so taking the kids out will be a bit easier.

Fly fishing heals and makes kids smile, which is why The Mayfly Project is so important to me and to every foster kid who needs a good adventure! Please contact me if you would like to get involved, leave a comment here, or make a donation at our website www.themayflyproject.com .

6 thoughts on “The Mayfly Project” 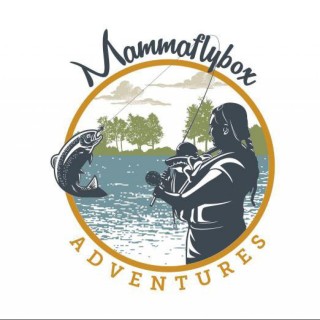 My morning adventure buddies!
Bass are in, N Idaho friends! #flyfishing #catchandrelease #smallies
Taking a moment to let her dry out her wings. These little creatures are a sign of hope, of good times ahead and special places waking up from winter. I bet they don’t miss us as much as we miss them!
Thankful to be a mom of this wild crew! 💞
Snow is melting!! Saw a few salmon flies 😍
Enjoyed the calm before the storms this weekend. So ready for June!
Follow Mammaflybox on WordPress.com